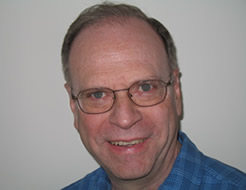 I was born in Passaic, New Jersey, and grew up in the nearby city of Clifton.  After graduating from Clifton High School, I attended the Newark College of Arts and Sciences branch of Rutgers University where I received a BA in political science.  I went on to graduate school at Cornell University where I earned an MA in government.  After serving in the Army in Vietnam, I returned to graduate school at Columbia University where I got an MA and PhD in philosophy.  For the next ten years, I held a variety of jobs, most in the field of education.  I also got married and began writing fiction.  I later started teaching philosophy at Western New England University in Springfield, Massachusetts where I am today a professor emeritus.  During my time teaching I continued to write mysteries, first for young people, then for adults, as I still do today.  My stories combine suspense, romance, and humor with a hopefully thought-provoking mystery.