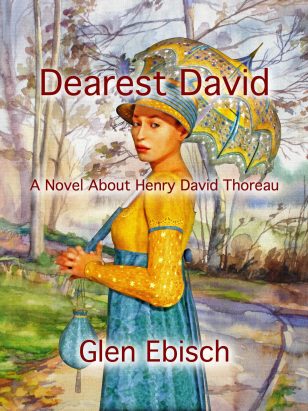 When seventeen-year-old Abigail Taylor turns down the proposal of her suitor, Tom Dawkins, her family feels that she must go out and make her own way in the world. So a position as a servant is secured for her in the home of Ralph Waldo Emerson.

Dearest David is the story of the few months in the year 1841 during which Abigail experiences life in the Emerson household at the peak of both its intellectual and emotional intensity. She falls in love with the free spirited but emotionally cool Henry David Thoreau. She discovers the power of the prophetic and frightening Lidian Emerson. She meets the charismatic and radical Margaret Fuller. And she learns to respect but also to recognize the limitations of Emerson himself.

Abigail is eventually forced to leave her employment in the Emerson household under circumstances that are both surprising and disturbing.