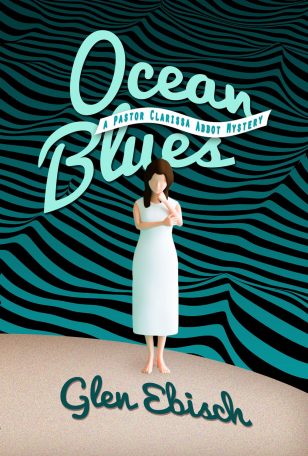 Clarissa Abbot has been the minister at Shore Side Community Church in Shore Side, New Jersey for just over three months. She feels she is settling into the job well, when difficulties arise. One of the members of her congregation owns a haunted bed and breakfast. The peaceful ghost had previously been something of a tourist attraction, but now it has suddenly begun assaulting people, and the owner wants it exorcised. Clarissa explains that ministers don’t do that, and she also expresses some doubts about whether the attacks are really being carried out by a ghost. This leads the owner to request that Clarissa help the police to capture the ghostly culprit.

Before she can solve that problem, a teenage boy is murdered outside a bar in Shore Side, and the person accused of the crime is a minister who is Clarissa’s former fiancé. He turns to Clarissa for help, and she gets her current boyfriend, Andrew, who is a lawyer, to represent him. Clarissa and Andrew soon find themselves in a race against time to discover the identity of the murderer—a race that at the finish line may cost Clarissa her life.

Pastor Clarissa Abbot is struggling through the pandemic as minister at The Shore Side[...]
View Book Details