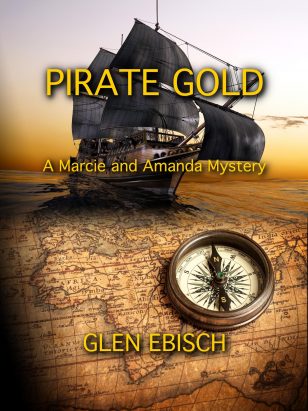 When Marcie is approached in a restaurant by a strange man who claims to have a map to hidden pirate treasure, she is initially skeptical. As author of the Weird Happenings column for Roaming New England Magazine, she has heard lots of stories, most of which have turned out to be exaggerated or untrue. But the Spanish coin the man shows her looks real, and he appears to be honest. So Marcie decides to bring along her colleague Amanda and Amanda’s boyfriend Richard to investigate another weird story in New England. A story which leads to excitement, danger . . . and death.