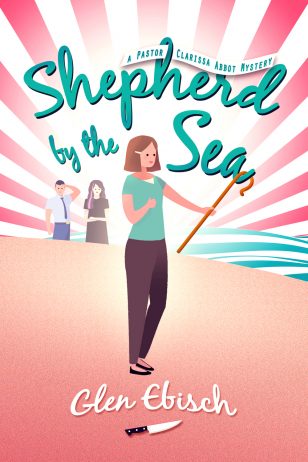 Pastor Clarissa Abbot is struggling through the pandemic as minister at The Shore Side Community Church, doing more home visits than ever and trying to keep her congregation healthy and safe. Adding to her problems, a member of her congregation, Brenda Fisher, who is a real estate agent, finds the body of a murdered woman in one of her beach rentals. Distressed by her discovery and concerned that the police may see her as a suspect, Brenda comes to Clarissa and asks her to become involved in the investigation. Although she initially resists, Clarissa finds herself being drawn more and more into the situation surrounding the woman’s death, and before long she is trolling the bars and restaurants of Shore Side with the dead woman’s two sisters, looking for the killer.To add to her concerns, she is asked by the police to look into a new church in Shoreside called The Good Grace Church, which the police suspect of being a cult. Clarissa meets with the man running Good Grace, known as Shepherd Jonathan, and finds him dynamic and rather fascinating, which does not please Sergeant Rudinski, her current boyfriend. The exciting conclusion of this story finds Clarissa reevaluating both her personal and professional future.