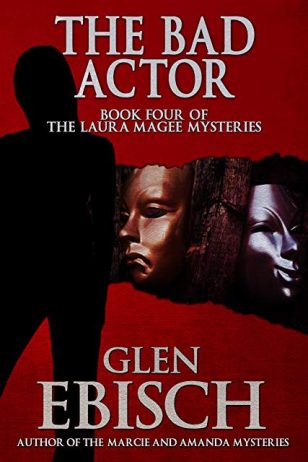 Laura Magee is Auntie Mabel, the advice columnist for the Ravensford Chronicle, the local newspaper for the western Massachusetts town of Ravensford.  Only those who work at the newspaper and one member of the police department are supposed to know Auntie Mabel’s true identity.

Problems begin for Laura when she receives an Auntie Mabel letter from a woman who believes that her younger boyfriend is interested in her solely for her money.  Laura’s blunt reply is that she should break off with him and see a lawyer if he refuses to repay the money he has already borrowed.  Shortly after, Laura sees that the woman had died in a fall down her cellar stairs.  Concerned that the boyfriend may have killed her and feeling guilty about her own role in the event, Laura begins to investigate.

Soon after, she receives a threatening letter from someone who knows she is Auntie Mabel.  After further digging she discovers that the boyfriend and the person threatening her are one in the same. After narrowly surviving an attempt on her life, Laura becomes more determined than ever to discover the identity of this man who has killed before and plans to kill again.

Other Books in The Laura Magee Mysteries:

When Auntie Mabel, the advice columnist for the Ravensford Chronicle, dies by choking on a[...]
View Book Details

Laura Magee is spending the summer in an art gallery in the southern New[...]
View Book Details